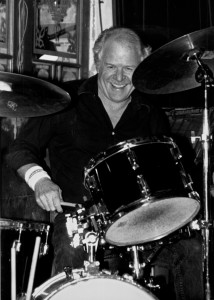 Professional drummer, educator, producer & author – Pete(r) Magadini has played with: Diana Ross, George Duke, Bobbie Gentry, Mose Allison, Sonny Stitt, Chet Baker, The Don Ellis Band, Al Jarreau plus the John Handy Quintet. He has also performed as a percussionist with the Berkshire Music Festival Orchestra (Fellow)  at Tanglewood + Toronto Symphony, Oakland Orchestra and the Fromm Festival of Contemporary Music (also Tanglewood) w. final performance in Carnegie Hall. Was the drummer for: The Diana Ross TV Special – Bobbie Gentry TV Special – Montreal run of “Les Miserables”. And has played the studios in both the US and Canada, Pete has played on a variety of recordings and was the drummer for the first Diana Ross TV special + album “Diana”; There are 4 recordings under his own name and was the producer of Mose Allison’s, 2015 album release: “Mose Allison American Legend Live in California” in which the magazine “Mother Jones” reviewed and listed it in their top ten releases for the year of 2015 and Downbeat Magazine gave four stars .

The author of five books including: “Polyrhythms For The Drumset” * (Alfred Publishing) and the pre-curser to that one “Polyrhythms The Musicians Guide” (voted #6 in Modern Drummer Magazine’s survey of the top”25″ books”) plus the new (2017) beginning to advanced book: “All-in- One Learn to Play the Drumset” (Hal Leonard Publishing)

(….more background and bio material may be found on Wikipedia)